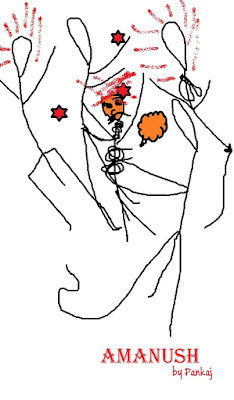 I fell in love with Amanush when I was raped the eighteenth time. Scary this may sound; I have been raped seventeen times before. Amanush did rape me but I felt the love and passion while he was doing it. I know he loves me, but I never had feelings for him till it happened. By the way, I am a boy in my early eighteen; understood the meaning of ‘rape’ when it happened the fifteenth time.

All those seventeen incidents have a dark gray color where I see shadowy corners and white nail-marks, I hear outcries that should have cracked the skies, and I feel an unforgettable pungent stinking smell as if several penises stuffed in my alimentary canal are rotting inside. Men stripped me and mounted on me; they sucked me as if leeches; they bled me, and finally they went their way fully satisfied. No-one lost nothing, except me. I lost my relatives and friends. More than this, I lost courage, freedom, and sense of my sexual orientation. Getting raped was a regularity for me well before I hit puberty. I always thought that it is something that everyone does once one becomes an adult. I was raped five times in the year I hit puberty. Men tied me and took turns. There were six of them and this horrific thing continued for a year until they found another naïve boy. I never told this to my parents and friends. I never thought that this was serious until I learned what ‘rape’ actually means. When I told this to my friends they called me gay, some called me a coward. Most of them kept a distance from me. The cast down was even more depressing for me. I was broke; I was no-one’s responsibility. I was no-where though I was walking in the crowd that was marching on the default gateway of humane life. I failed to connect with the real world of love, romance and making love. I was a fool then, I am a fool now.

Amanush was in the gang that raped me the sixteenth time. He must be a year younger than me. While I was getting all the hell-like treatment he held my hand and his eyes spoke to me. He said, “Don’t worry. It’s a matter of a few minutes”. I don’t know whether Amanush was convincing me or to himself. I was totally drained off. After everyone was done, those bastards spit on me, they kicked me real hard in my testicles and left. Amanush untied me. He helped me get up and also provided a place to sleep over at his apartment. When I woke up the next morning, my whole body was aching. Amanush asked me to take rest while he went to attend some assignment. I was amazed to see how this boy had managed so much of finance on his own. I mean buying a three bedroom luxurious apartment in a metro like Chennai is not a joke. I had breakfast and slipped into the bathtub. I laid in the tube for an hour, thinking about life…thinking about Amanush. Why was he there yesterday? What was he doing? He is not the kind of person who will get involved with those bastards. I weakly remembered he was holding a rod in his hand. A black rod…perhaps a rod to bang me! Holy shit! Was he some sort of psycho? The very thought struck me like a thunderbolt. I jumped out of the tub and rushed out of his house.

Two months passed and I again became a victim. This time, it was a group of twenty youngsters. Some might have been younger than me! I was not the only one to get raped; there were four other poor souls like me. This was a coordinated crime. Each one of us was taken to separate rooms and raped brutally. They put cotton in my mouth and inserted a black metal rod in me. It was over in two hours. I was left in deep agony. The cotton in my mouth was wet with my saliva, mucus, and tears. For a nick of time, I lost consciousness. I faintly remember someone asking me to get up and get in the car. The next thing I remember, I was in a three bedroom luxurious apartment…not only me but all five of us! It shocked me to learn that I was in Amanush’s apartment. I saw glittering lights, but I did not have even a pinch of energy left in me to get up. The next afternoon, when I opened my eyes, I saw Amanush eating his lunch. I looked here and there and noticed that I was alone with Amanush in his apartment. Amanush saw me waking up. He came to me, sat on the bed and caressed me. He asked me if I am okay. It was strange. Yesterday, he was right there. Why was he doing so? Why did those bastards not attack him? Looking me confused he told me that he works as a rape agent! He takes money from rapists, identifies rape targets, provides space for rapists, video records the rape, sells the clip to porn websites worldwide, makes lots of money and finally helps rape victims to recover from the injuries. My head was spinning hearing this. I was all red with anger. I got up and threw a chair at him which hit him on his right leg. He crashed with pain. I felt very bad and rushed to him. I said I am very sorry, I didn’t mean to do this. He told me that he can understand. We both sat uncomfortably followed by a long silence. I had strange mixed feelings for this guy. How can one set up such a business? I mean, is he even human? Amanush started sobbing but gained composure soon. He told me that he has been raped five times before just when he hit puberty. It was a gang of six oldies. He was under depression but recovered with the medical help. During these years he lost his close friends. He generated a long-lasting hatred for the human race. He discovered that the family relations are nonsense and no-one cares for no-one. He saw a business opportunity. He left his home and started this business. I was disgusted and walked out of the house immediately. He tried to hold my hand, but I escaped.

After a month’s gap, the eighteenth incident happened. As it happened, there was no-one to video record it, nor to spit on me and kick me. It was rape-like but pure sex; perhaps both of us have to learn yet, how the real love is made! 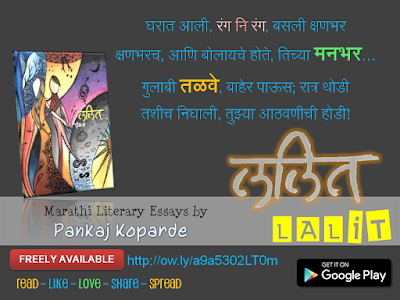 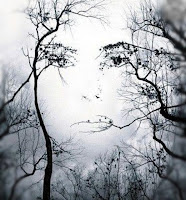 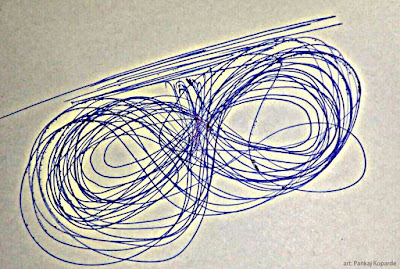